Jesse Green at Home in his Studio 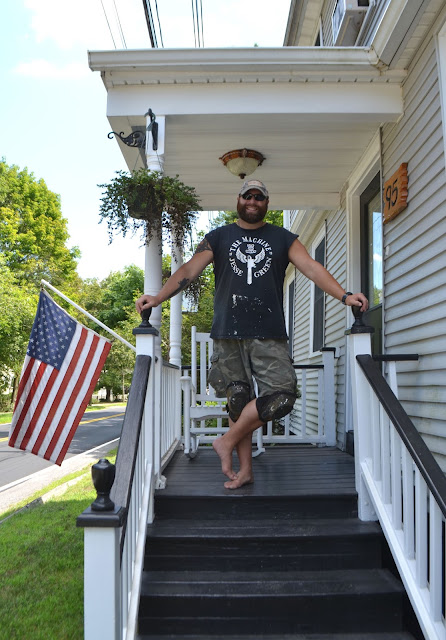 I caught up with local Chainsaw Sculptor artist, Jesse Green, aka “The Machine”, recently at his home studio.  Most of Jesse’s work is done on site, usually carving from an existing tree. But every now and then he'll have a job he can do from his home studio.  He has traveled all over and done commissioned work for celebrities, the WWE, Businesses, Churches, Native Americans, The Big Apple Circus, to name a few.  But recently he was working on a Racer for Maplewood Day Camp in Easton.
So I was able to have a peak at his very organized space. 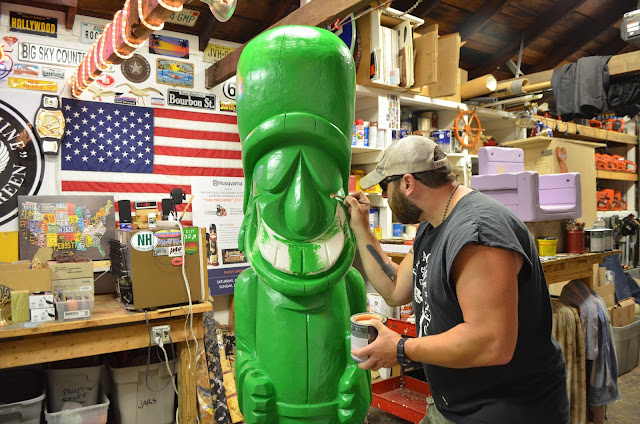 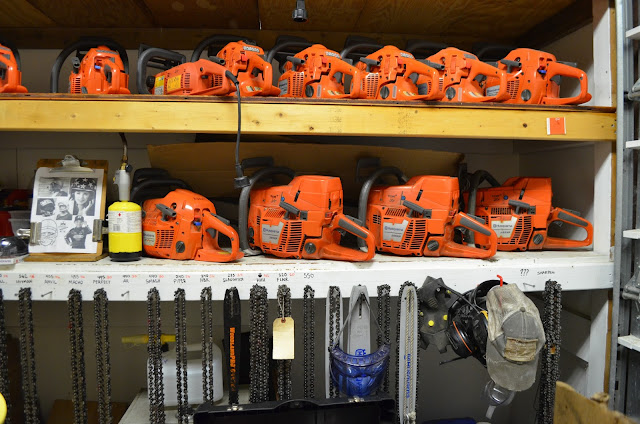 Jesse keeps his chains in order by giving them a wrestling name too, he’s a huge fan! 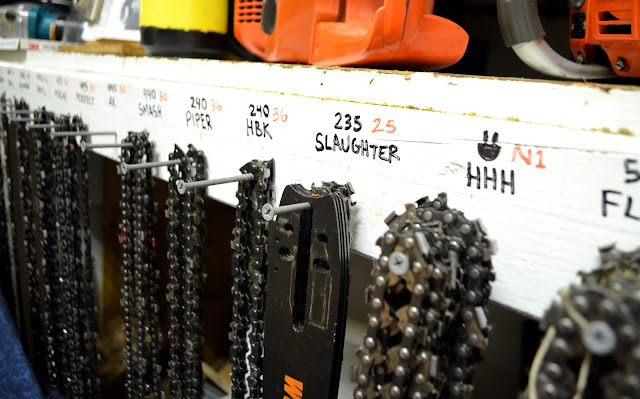 Saying Jesse has a lot of tools is an understatement I was very impressed with how organized his work space is.  He also collects objects from each job, everything has a story/meaning behind it. 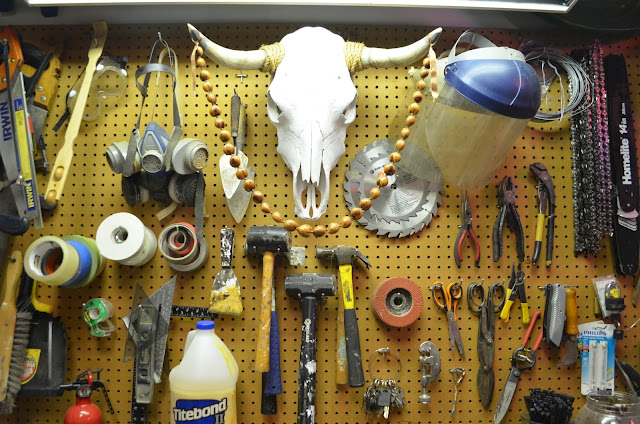 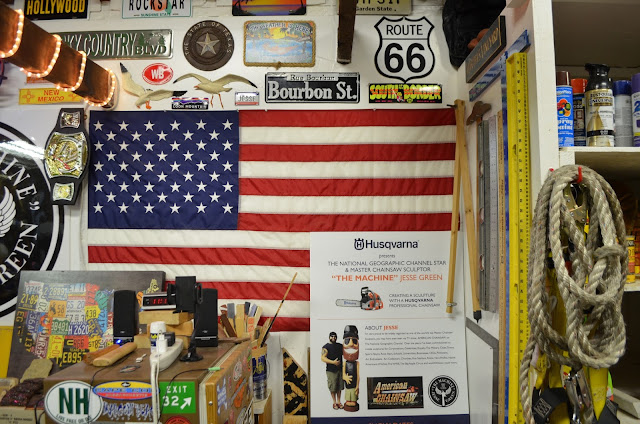 Jesse’s dad and grandfather also had a very full packed yet organized workshops. 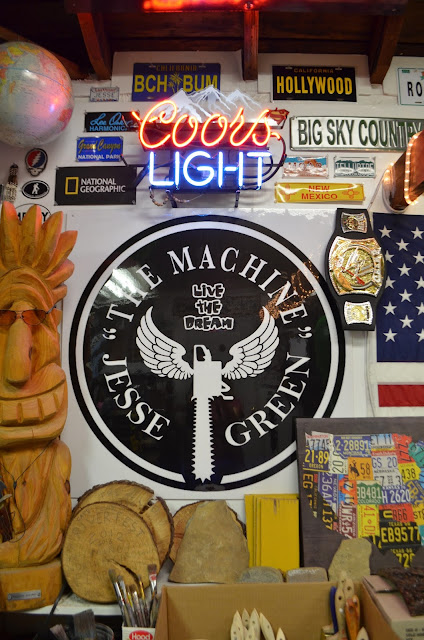 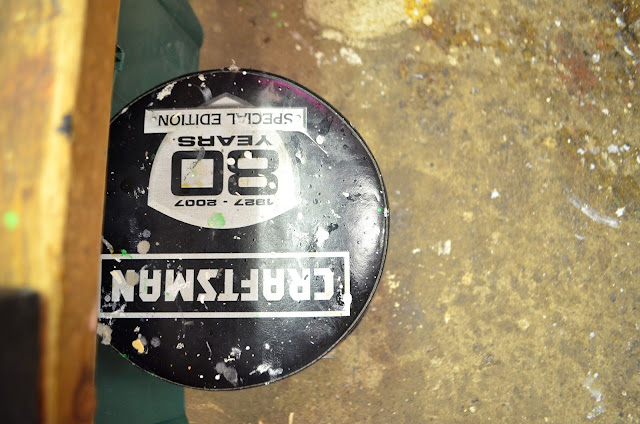 Jesse outside of his studio garage where he has a great space outdoors for working too. 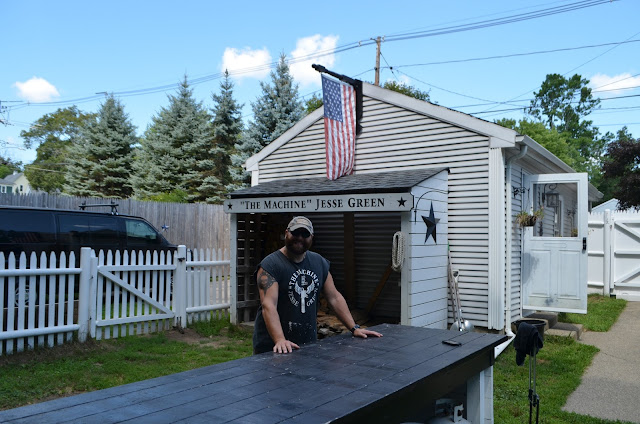 Jesse’s home is very eclectic and fun, he has put some work into it with the fireplace mantel and furniture. 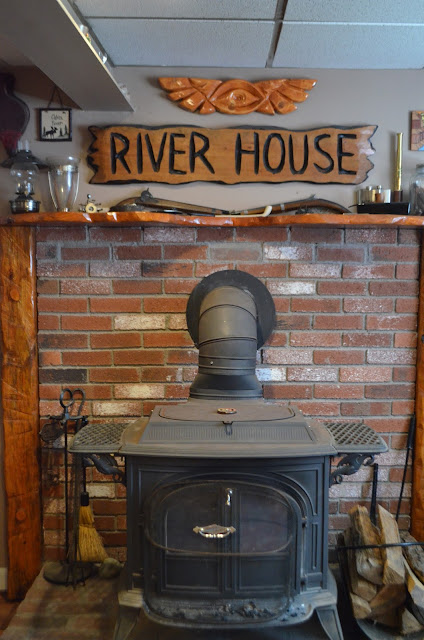 This organ has been in his family for many years, and Jesse plays it everyday!
He is also a member of the Boston Band FEVAH DREAM. He’s an avid harmonica
Player. You can check them out here 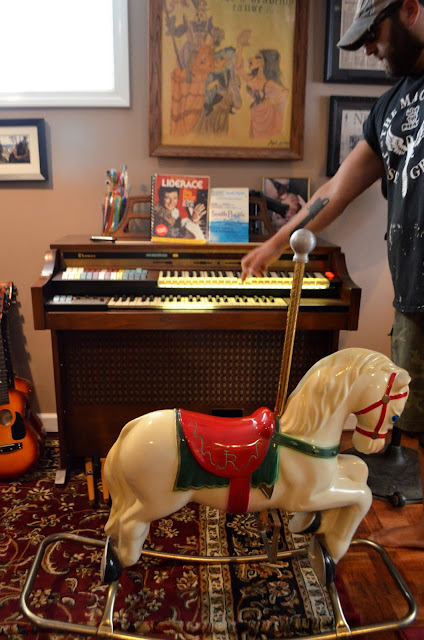 Jesse’s carved self portrait and a painting he did of his wife. I love that it has a woodblock look to it (a printing technique used from carved wood). 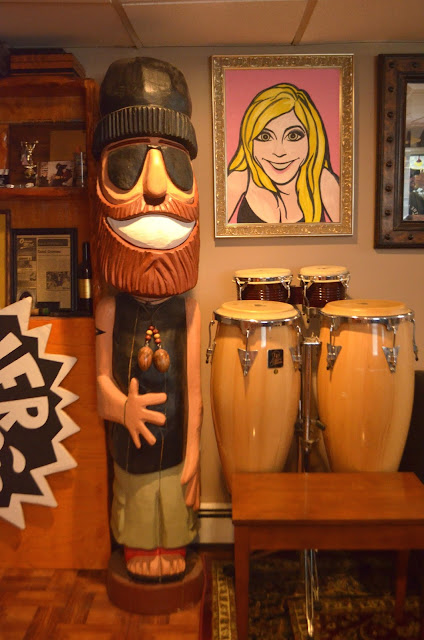 Jesse has kept himself very busy not just by sculpting but having his own tv show on National
Geographic channel, American Chainsaw. He has been doing lectures around the country and has toured with The Paul Bunyan Lumberjack Show as the MC at state fairs.

Jesse enjoys his down time with his family and Rescue dog, Sandy Beach, here hanging out in his office. 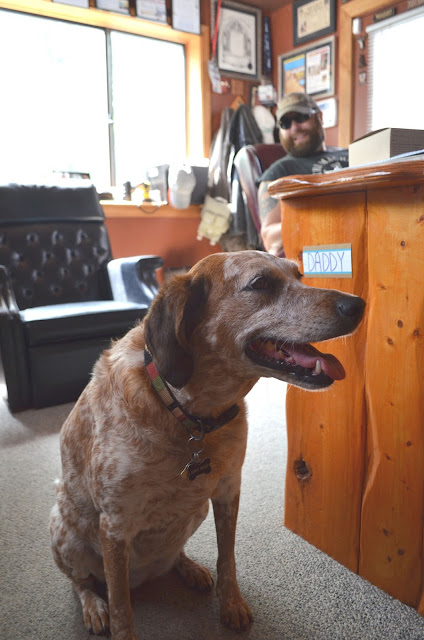 Posted by Made In Medway, Photographed & written by Mary Weafer at 12:51 PM No comments:

Made In Medway, Photographed & written by Mary Weafer